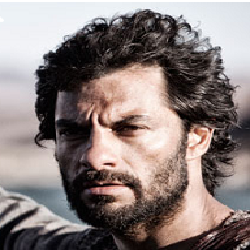 …(age 26) is a mere fisherman, is his own man and jumps at any chance to take on a dare. His mother-in-law tried to talk her daughter out of marrying this guy who enjoys being different so people will notice him. Even with his bravado, in secret, he is vulnerable to failure. He became a missionary to Turkey and Rome where they dress the same as in Palestine. 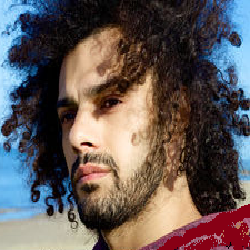 …(age 23) is Peter’s brother.  He is obsessed with a tablet he carries with him all the time listing things he has to do, much to the annoyance of his friends. His best friend is Philip. They are both a little nerdy.  He is always standing up for the underdog, something else that annoys certain people.  He became a missionary all over Europe so dresses the way he grew up in Palestine.

…(age 28) is another fisherman, son of Salome.  He is ambitious at the instigation of his mother, with high aspirations to hold public office.  He has no tolerance for weaklings and struggles with his temper. People put up with him because he has a good business head and is always reliable.  James lived and died in Palestine. 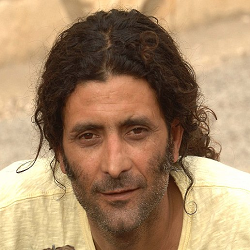 …(age 26) and his brother are first cousins of Jesus, John and Jesus have been best friends since childhood. He has always been close to his mother, Salome, and his aunt Mary. He is loyal and reliable but has the same temper problem as James.  PETER, JAMES & JOHN ARE JESUS’ INNER CIRCLE OF FRIENDS.  He became a missionary to Turkey and Rome where they dress the same as in Palestine.

…(age 23) lives just outside of Bethsaida. Though Jews still consider horses work animals, Philip’s family (in the story, not fact) are horse breeders for the Roman legions. Being Egyptian, they have the finest Egyptian and Arabian horses in all Palestine.  His mother is a Berber of Carthage near Egypt. He later became a missionary to Egypt and dresses as an Egyptian. 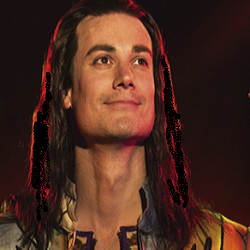 …(age 22) is good-hearted and as honest as they came.  But everyone says he is gullible. He inherited his father’s tapestry skills and moves from Cana in Galilee south to Jerusalem, Judea. His other name, Bar-Ptolomew,  indicates he may have descended from the son-in-law of Cleopatra & Marc Antony and last Berber Ruler in today’s North Africa.  Berbers were red-headed and wore tapestry clothing, so red-headed Nathaniel does too.

…(age 31) is a former seaman (according to the story) and has spent much time at sea around India.  As a former mariner, he is fiercely loyal and thinks with a clear head when life gets stormy. He buries his emotions, covering them up with sudden outbursts of laughter or periods of brooding.  Thomas became a missionary to India, so dresses like them.

…(age 32) is a tax collector and therefore very rich. He comes from a family of tall Ethiopian Jews.  His parents ~ Mary and Alphaeus ~ claim to descend from one of the long-ago Pharaohs.  He is methodical, good with numbers, and enjoys flaunting his riches in front of those who hate him. Matthew became a missionary to Ethiopia, so dresses Ethiopian.

…(age 30) is Matthew’s brother. Though younger, big Little James is taller than his tall brother and father. That’s where the resemblance ends.  Whereas Matthew loves money and his big fancy mansion on a hill, big Little James has renounced money and lives as an Essene. However, when he misses his family, he does go home.  Little James became a missionary to the Essenes and dresses like them, then later became a missionary to Ethiopia.

…(age 21) is from Syria north of Palestine. He dresses like his Syrian ancestors with his long head sash and fringed clothes but is shy, so puts on a bravado so people won’t know. Seldom talks. Thinks a lot. But, when he makes a decision, there is no changing his mind. Looks scarey but has a soft heart.  Thaddeus was from Syria, so dresses like Syrians. 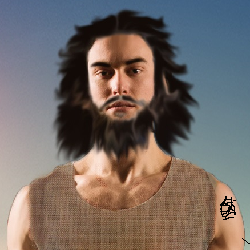 …(age 19) is from Lebanon.  He is the youngest of the twelve but lives some hard years before joining them. At age 15 and rebellious by nature, he joins the terrorist revolutionaries to destroy Rome  Sometimes he sneaks off to hear John, the hermit priest, who claims the God-Man will conquer the whole world ~ not just Rome. Simon was from Phoenicia, so dresses like a seaman from there. 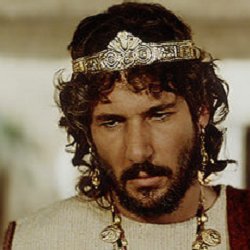 Now this man ~ 33 years old ~ is the only sane choice Jesus makes for an aide. Judas knows how to lead. He is also a money man, not like Matthew who has to grovel at the feet of the Romans and collects their taxes. Judas is a banker and investor. He considers himself the best-dressed man in all of Palestine. He knows both power and money.  The aides make him their treasurer. Sometimes he embezzles some of it. He was a rich Judean and dresses like it. He lived and died in Palestine.

To learn the horrible deaths they suffered because of their decision, read Fox’s Book of Martyrs.