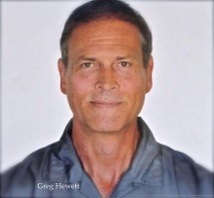 This amazing man has had twenty years experience in Hollywood, and for you IMDB movie buffs, you will be impressed that he has earned a whopping 75 movie credits.

He is Chairman of Southern Arizona Production Association. and Member of Governors Council for film and media.

Greg has worked with Steven Spielberg and many other Hollywood greats.

The following is taken from IMDB:

Grew up in Boulder Colorado. First got the bug of film-making watching Woody Allen film “Sleeper” at his father’s workplace, NCAR, at 12 years old. Worked as a still photo assistant for 10 years with many world-class photographers. Graduated AFI as a cinematography fellow in 1988.